How a brain tumor destroyed my marriage , but I got a second chance in life.

How a brain tumor destroyed my marriage , but I got a second chance in life. 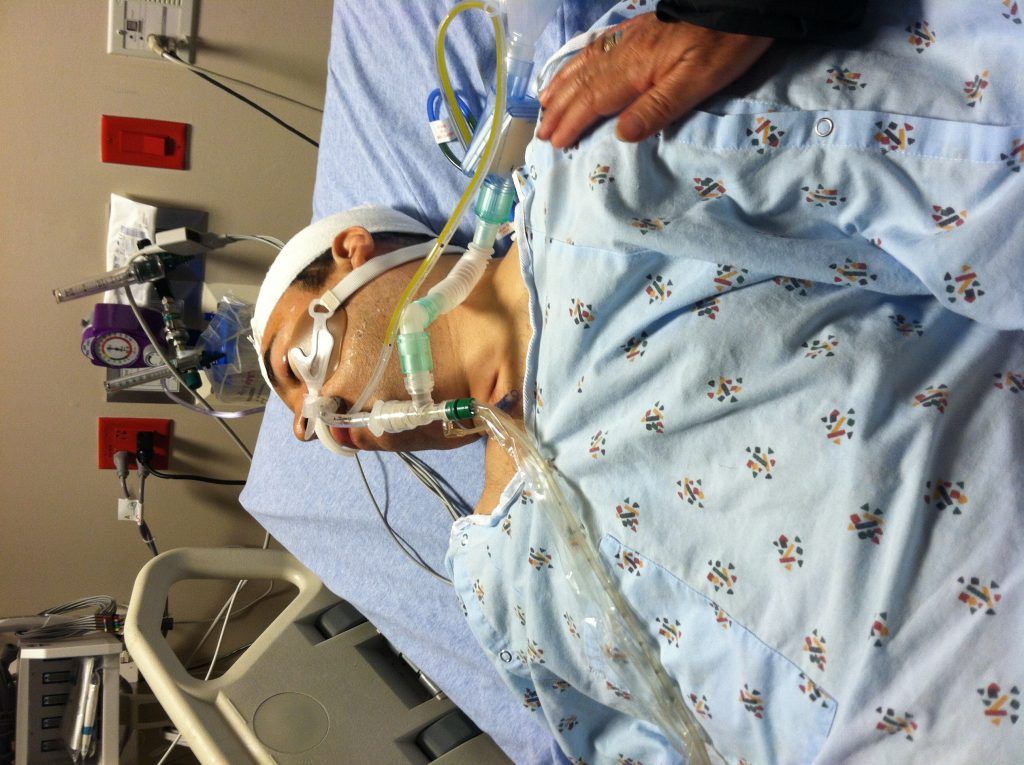 In October of 2011, I went to the doctor, because I thought I had a really bad ear infection. However, after unsuccessfully having several diagnoses from different doctors,one ear specialist told me this “it is the worst ear infection I;ve seen during my career, or it could be a brain tumor”. So she send me to get an MRI.
A few weeks later, I received the most horrifying news I had ever heard until then. “Mr. Hospina, the doctor said, it is a brain tumor, but don’t worry, is not cancer”
I left from work, I couldn’t finish my shift, and went home.
My ex-wife heard the news, we cried, I told my kids and we mentally prepared for surgery.
The first surgery was in December 2011 and lasted two days. The doctors (a team of 8), started surgery, tried to reach the tumor, which was pushing the brain stem and had blocked the drainage passages; went to rest at around 2.00 am and came back the next morning to continue with the surgery.
Unfortunately, the tumor was very complicated to access, without damaging essential nerves, and the team had to plan a second surgery.
This was executed in March 2012 and all this time, from December 2011 to March 2012, I was in a coma.
The second surgery was performed in March 2012 and the doctors told me that in order to reach the tumor, they had to sacrifice my right ear, because of it’s location, I agreed.
After this second surgery, I went home and started PT to relearn to walk, talk, eat, etc.
During this second surgery, the team of doctors had to place a “shunt” which is a valve that allowed the water that the brain generates, to be eliminated trough the urine.
When I was at home, recovering and attending PT, I thought I’d had caught a cold, took cold medicine, went to sleep and woke up two month later in the hospital, doing PT an relearning to stand and walk. My shunt had gotten infected and had to be surgically removed and placed in another part of my head.
After a few days, I was feeling much better, kept attending my PT sessions until one day I heard the most horrible words of my life. “I don’t love you anymore. Now I work and are able to support myself, I want you to leave the house”.
My heart exploded. The woman I loved, the mother of my kids the one I thought I would grow old with was kicking me out of her life.
Since January 2013, I lived with my parents, had to re=learn to walk, talk, eat, even go to the bathroom by myself.
Life, God, the universe had given me a second chance, I now work, walk almost normal, I am relearning to ride a bike, don’t drive yet as the surgeries affected my vision (which is improving day by day) and hope to soon have my kids back with me.
I wanted to share this story, because I want to be an advocate for other patients and show them that if life knocks you down, you can get back up.
I became vegan, completed my PT sessions, practice meditation and myself and my youngest son are learning kung fu.
Life goes on, it all depends of yourself.